It’s no secret that I’m not fond of my dog. He defies just about every expectation engendered by the word “pet,” and has contributed greatly to the stress of every person who enters our house, especially we who live here.

But in between daydreams about chocolate poisoning and runaway mail trucks, I occasionally appreciate Bailey. As he’s gotten older, he’s gotten mellower, and these days he’s frequently a bit of a dope. Yesterday I was standing in the kitchen talking with my mother when she asked me to look outside to see if he had slipped out on the back deck. I didn’t even have to move, because, rather hilariously, he was sitting on one of the deck chairs around the outdoor table, staring at us.

Evidently, getting into the chair (despite its not being pulled back) had been the easy part. Now that he was there, however, he hadn’t the foggiest how to get back down. So he was just sitting there, patiently, hoping that we might save him. And I did. But not before grabbing my camera. 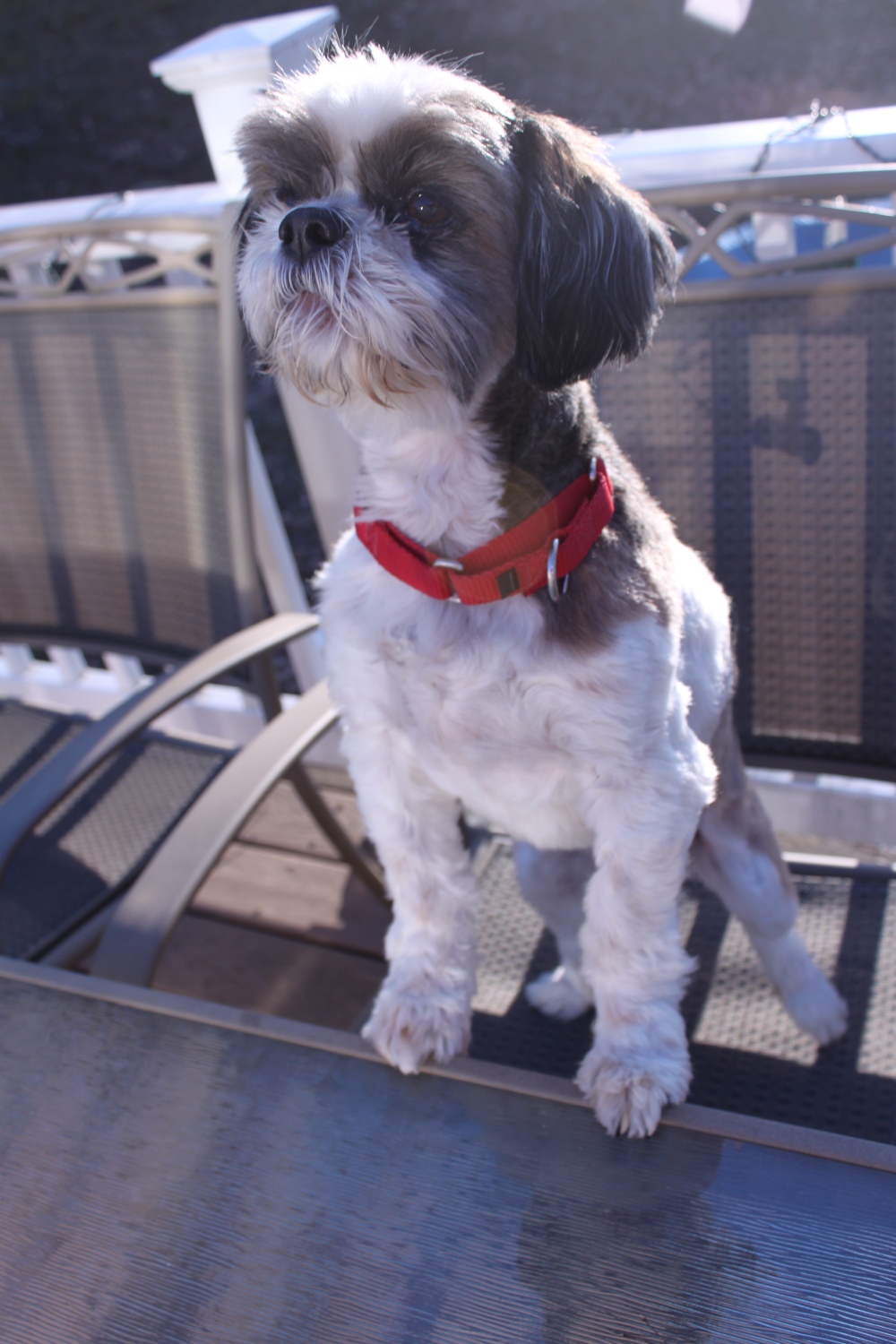 It turned out to be a rather glorious afternoon and so I spent the next half-hour or so reclining on the deck and reading news on my phone while sometimes trying to snag a picture of him after he planted himself firmly on top of me. Granted, I had little control over the situation as I was beneath him, so my angles were limited. Moreover Bailey has no interest in responding to the calling of his name, so getting him to face me proved mostly impossible. Still, I managed a few, so I thought I’d share them. 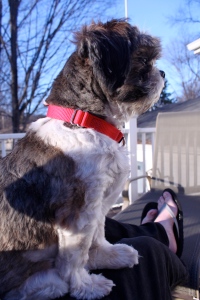 Later in the evening as the family gathered around their electronic devices of choice, Bailey felt inclined to join my sister in her browsing. I’ve done my best to account for the poor lighting in our living room, but this seemed like one more shot worth sharing. 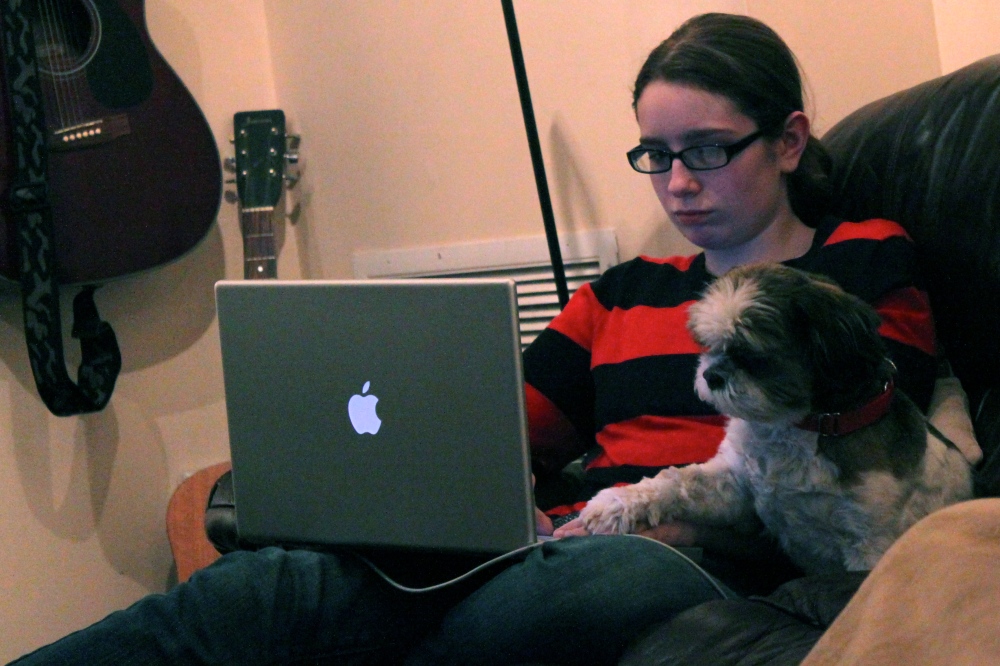 Now some of you will still wonder how on earth I dislike my dog, so I’ll end this random post with an anecdote. Yesterday, as I was wrapping up lunch, Bailey wandered into the kitchen and strolled past me. A few moments later, I heard an unmistakable sound and, sure enough, when I turned around he was standing in the middle of the floor and nonchalantly peeing. This without even the slightest indication that he’d rather (or even willingly) do that outside of the house. None of the usual whining, pawing, scratching, barking. Nope. He just let loose right in front of me. And at some point, about halfway through, he casually turned his head and stared directly at me, blinked a few times, and looked away. As if to say, “you mad bro?”