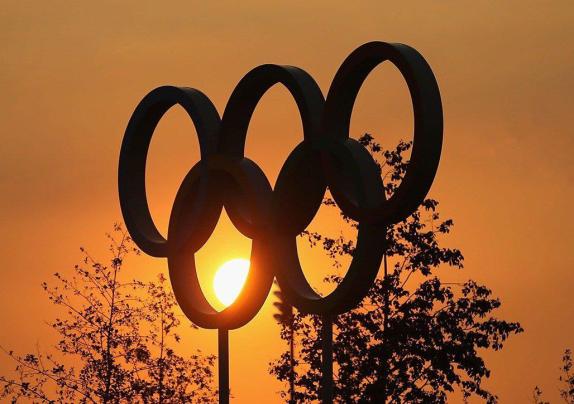 I watched the closing ceremonies of the 2012 London Olympic Games live.

Like the athletes pouring onto the massive floor which had so recently been a track and field, I felt a moment of true solidarity. I pictured families around the world, gathered like I was around a glowing screen, rejoicing in the spectacle and celebration while feeling that tinge of sadness, of loss, that couples the end of any great collaborative endeavor. Mingled with the thrill of the after-party is the realization that the end has arrived, the knowledge that, unless we fight it, the next four years will be mundane echoes of the magic that two weeks brought us, a spirit embodied by a now-extinguished flame.

The caveat. The exception. The chance, however unlikely, that the seemingly inevitable will be conquered like so many world records, that the words scrawled across the walls of the stadium live on, that a generation has seen these Games and truly, irrevocably, been inspired.

I am not one of the youth of the world called upon by Jacques Rogge to meet in Rio four years from now. Nor, indeed, are many of the athletes who filled out the Union Jack tonight with the knowledge that this ceremony closed not only the 30th Olympiad but their athletic careers. These leave, hopefully, with the comfort that comes with knowing they have left a legacy they can be proud of. Some still feel the sting of lost gold, the longing in their feet for a podium their presence never graced, but true Olympic spirit dictates that if they gave their all, they gave enough. For a moment in time even the least of them were the greatest in the world.

A Nike campaign over the last couple weeks exhorted viewers to “find your greatness,” a fitting impetus for people like me who have spent many years neglecting that search.

I don’t know what consolation it brings to the hard-fought, still-fallen athletes of the London Games to know that even in their darkest hour they succeeded in being inspirational. But for what it’s worth, you did.

I’m in an odd transitional part of my life, huge uncertainty looming on the horizon. The Olympics have provided a sense of continuity between my past and present selves, serving not only as the one thing that was the same at home as it is here, but also as the motivating force behind the changes already being made. Eating differently. Exercising more…that is, at all. Taking responsibility where I’ve shirked it. Embracing who I am and who I want to be, and actively figuring out the steps I need to take to unify the two.

Like many of the athletes I’ve learned to admire, I have a long road to recovery ahead of me. I may not have broken my fingers, torn my Achilles, or sustained gunshots to my legs, but the debilitating force of a lifetime of unhealthy choices is no less a barrier to achieving physical regularity (nevermind prowess). Nor, indeed, does a year of slothful unproductivity lack ramifications on mind and soul.

Over the past two weeks I’ve seen longstanding records pressed, bent, and broken. I’ve seen men and women not merely make history but redefine its expectations.

I came into this year’s Olympics expecting sports. Instead, I found stories.

These stories have been inspiring, but they all have one thing in common: they are the stories of other people.

The games are over, and a new day dawns tomorrow.